A World Beneath the Sands: Adventurers and Archaeologists in the Golden Age of Egyptology  – – reviews

In the century between the decipherment of hieroglyphic writing and the discovery of Tutankhamun’s tomb, a series of remarkable men and women laboured to uncover the secrets of Egypt’s ancient civilisation. Famous figures like Champollion, Carter and Carnarvon were joined by lesser-known contemporaries, such as the Prussian scholar Richard Lepsius and the Frenchman Auguste Mariette. Their work helped to enrich and transform our understanding of the Nile Valley and its people, and left a lasting impression on Egypt, too. For, as the West rediscovered Egypt, so Egypt discovered itself. Travellers and treasure-hunters, ethnographers and epigraphers, antiquarians and archaeologists: whatever their motives, whatever their methods, all understood that in pursuing Egyptology they were part of a greater endeavour – to reveal a lost world, buried for centuries beneath the sands.

Aristocrats and Archaeologists. An Edwardian Journey on the Nile – – reviews

In 1907/8 Ferdinand ‘Ferdy’ Platt travelled to Egypt as personal physician to the ailing 8th Duke of Devonshire and his family party, recounting his adventures in letters to his young wife back in England. Throughout the journey, Ferdy not only reported on the sights he saw and the people he met along the way (including Winston Churchill and Howard Carter), but also recorded his private thoughts of a formal and stratified society, soon to be witness to its own extinction. The letters open an intriguing window onto archaeology and aristocracy during the Belle Epoque and the golden age of Egyptology.

Published by the American University in Cairo Press on 30 November 2017. 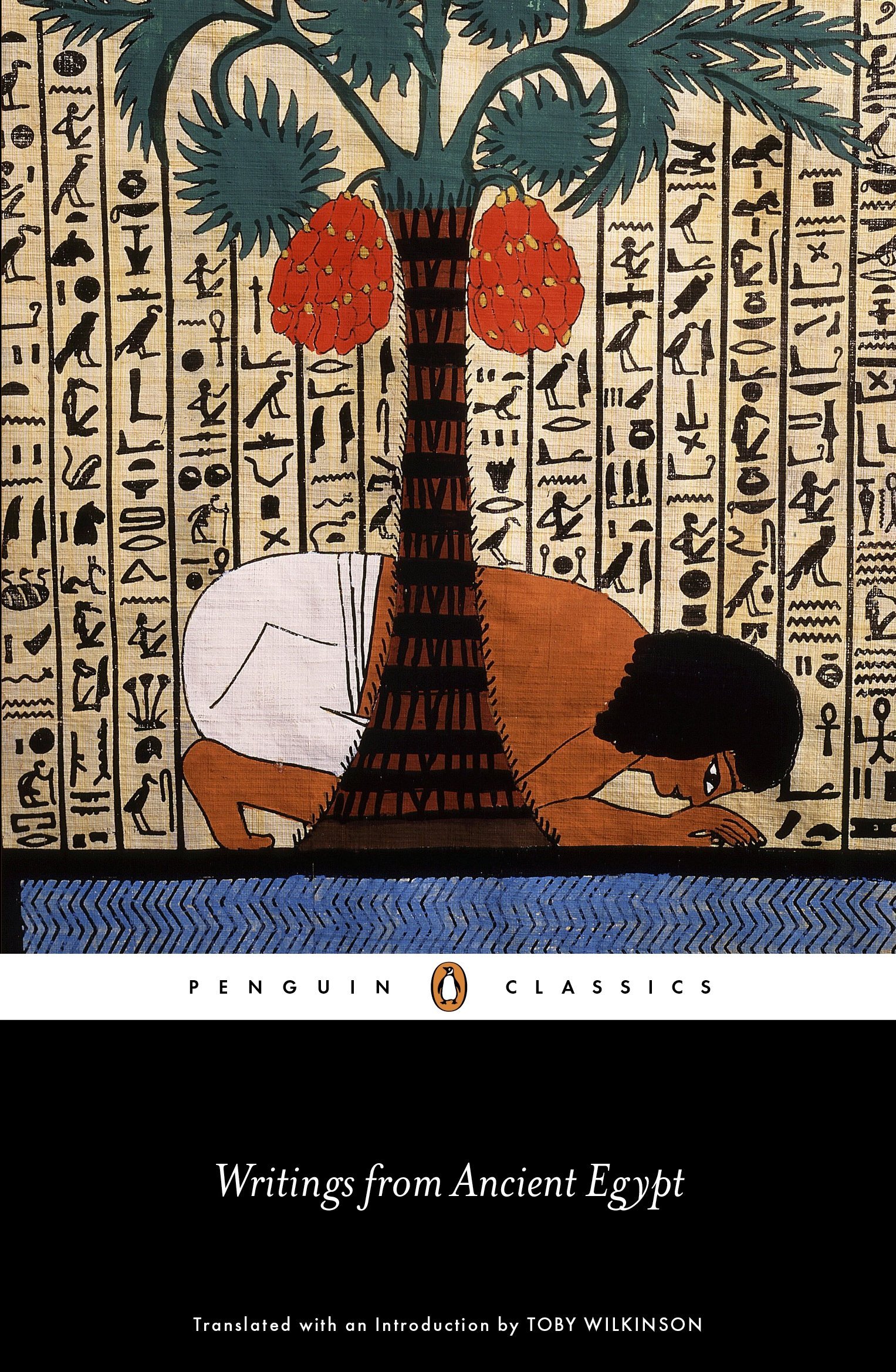 In ancient Egypt, words had magical power. Inscribed on tombs and temple walls, coffins and statues, or inked onto papyri, hieroglyphs give us a unique insight into the life of the Egyptian mind. For this remarkable new collection, Toby Wilkinson has freshly translated a rich and diverse range of ancient Egyptian writings into modern English, including tales of shipwreck and wonder, first-hand accounts of battles and natural disasters, obelisk inscriptions, mortuary spells, funeral hymns, songs, satires and advice on life from a pharaoh to his son. Spanning over two millennia, with many pieces appearing in a general anthology for the first time, this is the essential guide to a complex, sophisticated culture.

The Nile: Downriver Through Egypt’s Past and Present – – reviews

From the days of the pharaohs to the present political upheavals, the steady flow of the Nile has been Egypt’s heartbeat. It has shaped its geography, controlled its economy and moulded its civilisation. In The Nile, Toby Wilkinson takes us on a journey downriver from the First Nile Cataract to the delta – past the ancient wonders of Giza and the modern-day unbridled urban expansion of Cairo, from Egypt’s earliest art (prehistoric images of fish-traps carved into cliffs) to the recent Arab Spring (fought on the bridges of Cairo). Egypt is a palimpsest – every age has left its trace – and Toby Wilkinson is our guide to understanding the layers past and present of this unique, chaotic, vital, conservative yet rapidly changing land.

The Rise and Fall of Ancient Egypt — reviews

In The Rise and Fall of Ancient Egypt Toby Wilkinson goes behind the dazzling mask of Ancient Egypt to make the story of one of the world’s greatest (and in terms of longevity, most successful) civilisations accessible to the general reader. From the pharaohs at the apex to the workers at the base of the pyramids they built, the unifying theme is the darker side of pharaonic civilisation: the relentless propaganda that infiltrated every aspect of public life, the cut-throat politics that lay behind the mask of unchanging monarchy and the brutality and repression that underpinned royal authority are all fully examined in this major history that draws on the latest research, including the author’s own fieldwork.

Winner of the 2011 Hessell-Tiltman Prize for History.

The Egyptian World provides an innovative and authoritative exploration of Ancient Egyptian civilization in all its aspects. Drawing on the latest research and illustrated with previously unpublished photographs and drawings, the book offers a thematic exploration of pharaonic culture as it was expressed down the centuries. Thirty-two original chapters by international experts, including topics rarely covered elsewhere, are divided into seven sections: environments, institutions, economies, societies, ideologies, aesthetics and interactions, Together, they provide fresh perspectives on Egyptian civilization, a digest of current research trends in Egyptology, and a unique examination of the Egyptian world.

Lives of the Ancient Egyptians — reviews

What was it really like to live in the Nile Valley twenty, thirty or forty centuries ago? Here, in 100 life-stories, are both the powerful leaders of Ancient Egypt and its ordinary citizens. Lives of the Ancient Egyptians is packed with personal stories of ambition and intrigue, of triumph, despair and love, that recreate the world of the pharaohs in an innovative and compelling way. A sumptuously illustrated insight into a vanished and mysterious world, it tells the personal stories of famous pharaohs, from Khufu, builder of the Great Pyramid, to Akhenaten the heretic king. It includes Egypt’s queens: the powerful Tiye, the beautiful Nefertiti, and Cleopatra. It also gives a voice to ordinary men and women, so often ignored in histories of ancient Egypt: a doctor, a sailor, a housewife – and a serial criminal.

Published by Thames and Hudson (London and New York) on 15 October 2007.

Ancient Egyptian civilization offers a dazzling – sometimes bewildering – array of kings and dynasties, gods and goddesses, temples and tombs. This superbly illustrated new dictionary provides a comprehensive, authoritative reference guide to an endlessly fascinating subject. The most extensive and up-to-date single-volume Dictionary of Ancient Egypt, it is an indispensable guide to the greatest civilization of the ancient world. Its entries cover famous pharaohs such as Khufu (Cheops), Akhenaten, Tutankhamun and Ramesses the Great, as well as lesser-known kings; all the major sites from Alexandria to Abu Simbel, and less familiar monuments from Abgig to Zawiyet el-Aryan; queens and courtiers, gods and goddesses, temples and tombs, as well as literature, language and medicine.

Published by Thames and Hudson (London and New York) in hardback on 3 October 2005, and in a revised paperback edition in the World of Art series on 7 April 2008.

Genesis of the Pharaohs — reviews

Generations of scholars, tourists and armchair travellers have been intrigued by the puzzle of ancient Egypt’s origins. Now, in the light of dramatic new discoveries, the genesis of the pharaohs is at last coming into focus. But the picture that emerges is not what we imagined. The ancestors of the pyramid-builders were not village-dwelling farmers, but wandering cattle-herders, and pharaonic civilization was forged in one of the most forbidding places on Earth: the Eastern Desert, between the Nile Valley and the Red Sea. Here, the pharaohs’ distant ancestors left a stunning legacy that has remained hidden for 6,000 years: hundreds of intricate rock carvings. Toby Wilkinson traces the discovery of these ancient records, dates them, and identifies the artists who made them, based on his own discoveries in the heart of the Eastern Desert.

Published by Thames and Hudson (London and New York) on 7 April 2003.

Early Dynastic Egypt spans the five centuries preceding the construction of the Great Pyramid at Giza. This was the formative period of ancient Egyptian civilization, and it witnessed the creation of a distinctive culture that was to endure for 3,000 years. This book examines the background to that great achievement, the mechanisms by which it was accomplished, and the character of life in the Nile valley during the first 500 years of Pharaonic rule.

The results of over thirty years of international scholarship and excavation are presented in a single highly illustrated volume. It traces the re-discovery of Early Dynastic Egypt, explains how the dynasties established themselves in government and concludes by examining the impact of the early state on individual communities and regions.